WHY GENDER SPECIFIC TREATMENT?   Addiction affects both men and women, but each gender does not necessarily benefit from the same type of treatment. Men and women are different, so it stands to reason that their experiences with substance abuse will differ as well. These experiences must be considered when a treatment plan is developed to […]

CELEBRITIES RAISING DRUG ADDICTION AWARENESS We are used to seeing our favorite celebrities while watching TV and movies, but what about the celebrities who speak out politically or to raise drug addiction awareness and substance abuse. Are their opinions worthwhile? Can they help educate the American people about drugs? Maybe hearing an actors story of […]

The Up-Rise of Synthetic Drugs

SYNTHETIC DRUGS   Drugs, such as marijuana and cocaine have been around for decades. They are popular and come from natural plants. These drugs, although from nature, are still considered highly dangerous, addictive and, of course, illegal. There are now synthetic drugs gaining popularity and they are a major health concern because these drugs have […] 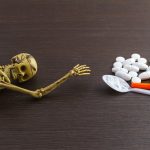 HEROIN OVERDOSES AND TREATMENT Heroin is made from the resin of poppy plants but, it is highly addictive and lethal. It can be smoked, snorted or injected. There is also a huge increase in prescription opioid use. Drug overdose is the leading cause of accidental death in the United States. There were 55,403 Heroin overdoses […]

Surgeon General Reporting on a Critical Problem Surgeon General’s Landmark Report The Surgeon Generals’ Landmark Report outlines a critical national health problem. A staggering 21 million people, more than the number of people who have all the cancers combined suffer from substance misuse, abuse, and addiction. An astounding 90% are not receiving treatment. No other […] 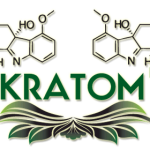 KRATOM’S CONTROVERSIAL BAN Kratom is a plant that is proving to stop pain during withdrawal from opioids and there is a controversial ban on it in many states. More states are trying to ban it as well. The American Kratom Association is fighting to keep it legal in all states and the DEA is trying […]

The Controversy With Medication-Assisted Treatment

THE CONTROVERSY WITH MEDICATION-ASSISTED TREATMENT Researchers and specialists say it is obvious: the most effective way to tackle the nation’s opioid epidemic is to get more people on medications which have been proven to reduce relapses and, ultimately, overdoses. These FDA approved medications operate to normalize brain chemistry, block euphoric effects of alcohol and opioids, relieve […]

Should I Seek Treatment?

SHOULD I SEEK TREATMENT?   According to the National Institute on Drug Abuse, in the United States some 22.7 million people need treatment for substance abuse. But every year, less than 1% of those people receive the help they need. Those statistics are staggering when you consider the number of untreated citizens within our nation. Many […]