How Long Does Meth Stay in Your System?

Meth, much like other amphetamine drugs, is both physically addictive and tolerance-forming. Being an illicit substance in the US means that individuals struggling with a meth addiction may also get into a whole host of health, social and legal troubles.

That is why it is important to know about the drug, including its effects, how long it stays in your system, and where you might be able to get addiction treatment.

Meth belongs to a group of drugs known as stimulants. Along with cocaine and nicotine, these drugs affect the central nervous system (CNS), producing feelings of euphoria and higher levels of energy.

Like many drugs, meth has a range of names, including its medical name and other street names.

Under the Controlled Substances Act, the Drug Enforcement Administration (DEA) categorizes meth as a schedule II substance. This means that they consider the drug to have a relatively high potential for abuse. Despite its status as a schedule II drug, meth is still widely used in the US.

For example, according to a research report conducted by the National Institute on Drug Abuse (NIDA), they suggest that, in the US, there have been about 2.6 million meth users in the past year – that’s almost 1% of the population. The drug can cause users to get into all sorts of health trouble and legal trouble, so why do so many people choose to use the drug? 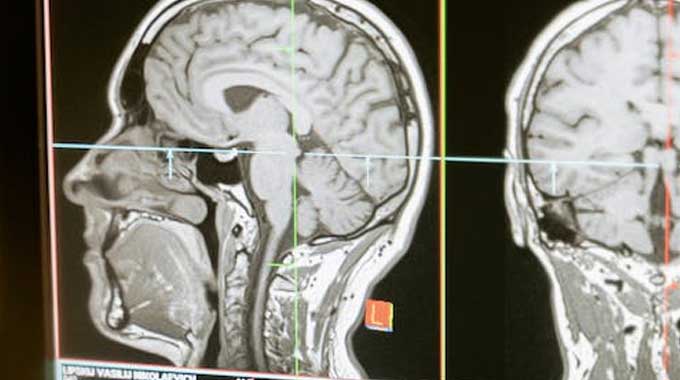 Short-Term Effects of Methamphetamine Use

Many meth users use the drug because of the euphoric effects that it produces. Alongside this, another desired effect that ingesting the drug creates is an increase in energy levels. These desired effects are coupled with some undesired effects that include health risks and other negative consequences. According to a report studying the immediate effects of methamphetamine misuse, the National Institute on Drug Abuse (NIDA) states that the short-term effects of meth use can include:

Cardiovascular problems associated with a rapid or irregular heartbeat and increased blood pressure can result in negative health consequences when using the drug. Also, if an individual consumes too much of the drug, they may experience hyperthermia and convulsions related to an overdose which, according to the National Institute on Drug Abuse (NIDA), may result in death. 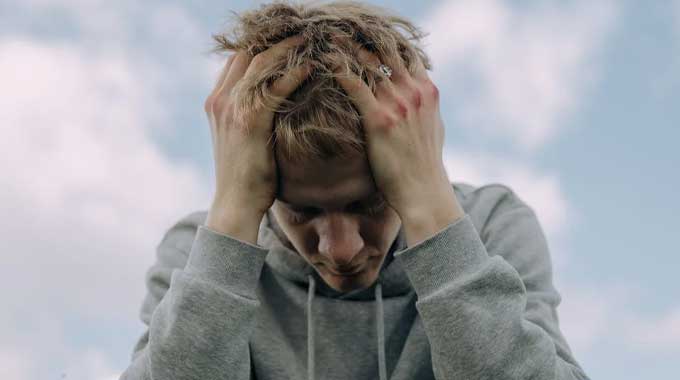 As stated in their methamphetamine research report, the National Institute on Drug Abuse (NIDA) states that in 2020, there were approximately 23,837 deaths associated with stimulant drugs, such as methamphetamine. These deaths are a result of drug users taking too much of a drug within a short space of time.

An overdose occurs when there is too much of a substance for the body to handle, thus, the body’s major systems begin to fail and shut down. It may, therefore, be important to know what to expect when someone is experiencing a meth overdose.

Signs and symptoms of a meth overdose may include: 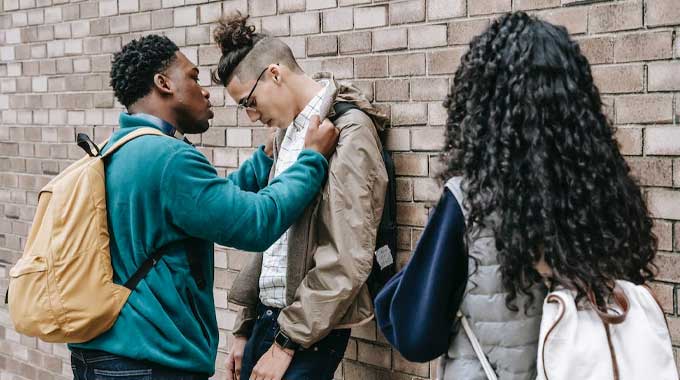 Meth is both physically addictive and tolerance-forming. That means that, through regular meth use, a meth user may develop a physical dependence on the drug.

The main problem with physical dependence is that it becomes more difficult to function normally without using the drug. This is exacerbated by the fact that it is tolerance forming.

Forming a tolerance means that meth users need to take higher doses of the drug to achieve the same effects as they did when they first took it. This, coupled with dependence makes the grip of addiction even tighter. Someone addicted to meth usually needs more of the drug to make sure they don’t feel withdrawal symptoms associated with physical dependence.

If you worry that either yourself or a loved one is struggling with a meth addiction, then it could be helpful to know exactly what that might look like.

Signs and Symptoms of a Meth Addiction

For many individuals with a substance use disorder, the signs of addiction are the same, no matter what the substance is.

For example, people suffering from a substance use disorder may:

There are also some pointers that may indicate a substance abuse issue specifically involving meth. These can include:

If you worry that someone is struggling with a meth addiction, then getting them into addiction treatment services may prevent them from experiencing the negative health effects associated with addiction. 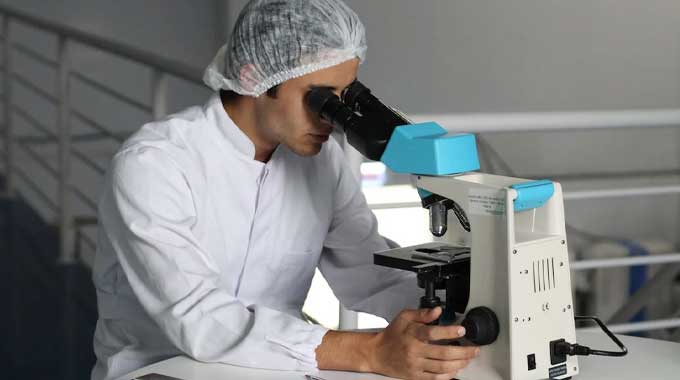 Long-Term Effects of Methamphetamine Use

Chronic users of meth will experience a different range of health consequences than those that are not using the drug regularly. These effects occur when an individual has been taking part in regular use of the drug over a long period of time.

As we can see, engaging in either short or long-term meth abuse can lead to some serious health consequences.

Meth use can be monitored through testing, so you may be wondering “How long does meth stay in my system?”. Well, the answer to that depends on several factors.

How Long Does Meth Stay in Your System?

The answer to the question “how long does meth stay in your system?” is not as straightforward as you might expect. There are many things to consider, including how much meth an individual takes, as well as how you are being tested.

Upon ingestion, methamphetamine is easily absorbed by the bloodstream. From there, your body metabolizes methamphetamine throughout different organs in the body, including the lungs, liver, brain, and kidneys. In comparison to other drugs, meth takes a relatively long time to break down in the body.

A drug’s half-life is how long it takes for the amount of a certain drug in a person’s blood to reduce to half its original value. Meth’s half-life, because it can take a long time to metabolize, can take anywhere between nine to twenty-four hours.

Different tests will also show different results, meaning that how long meth stays in your body depends on what you are being tested with. 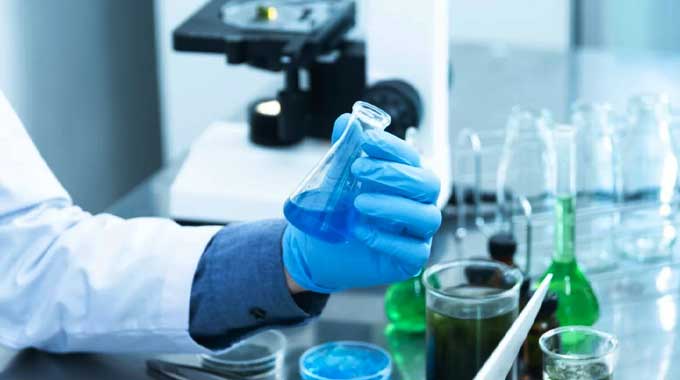 Drug tests are a very common way for someone to find out if an individual has been taking a certain substance. Employers may use them to test employees if they are in a position of responsibility, or police officers might use them in order to determine whether someone was using a drug when they shouldn’t have been.

It is important to highlight that there are some legal drugs that may test positive for traces of meth. Therefore, these tests do not have 100% reliability. That being said, they are still very accurate.

There are four main types of drug tests, and a tester might choose to use each test for a different reason.

The most common form of drug testing is a urine test. A tester will ask the individual being tested for a urine sample, which is then analyzed for the presence of illicit substances.

How long meth stays in urine can range from anywhere between a few days to up to a week, especially in heavy users.

Blood tests are another common form of drug test. When trying to detect meth within someone’s system, a tester may use a blood test when they suspect that the subject is under the influence of drugs at the time of the test.

This is because a blood drug test offers a very short window of detection. Blood tests can detect methamphetamine for up to two days since the last dose.

Saliva tests are the tests that offer the shortest window of opportunity for the detection of the presence of meth. It involves using an individual’s saliva in order to test for the presence of a substance.

Saliva tests offer a typical detection time of about one day, but in some cases, they can still detect the presence of meth for up to three days.

During a hair follicle test, a tester will remove a small amount of hair from the head using scissors. This sample is then analyzed for signs of drug abuse.

A hair test can detect meth for up to ninety days prior to the test. It offers the tester the longest period of time to be able to detect the presence of the drug.

So, the final answer to the question “how long does meth stay in your body?”, is that it will stay in your body for as long as you continue to take the drug. There is only one way to clear it out of your body and that is to quit the drug for good. 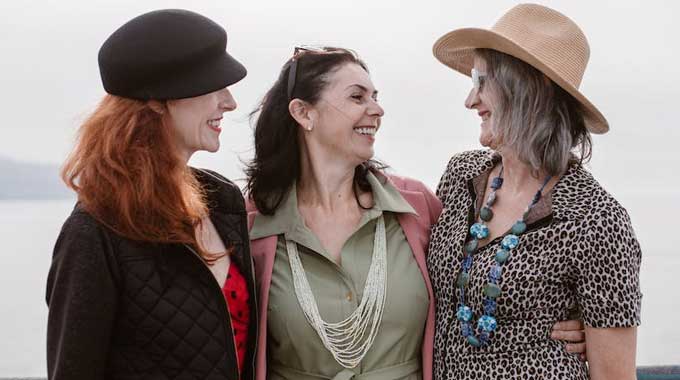 Finding addiction treatment is easier than ever. Professionals now understand that addiction is not a character flaw, but a disease that needs treating. Therefore, going into addiction treatment, you can rest assured that there is no judgment or prejudice. Instead, there is only support and the opportunity to free yourself of your disease.

The Substance Abuse and Mental Health Services Administration, SAMHSA, suggest that while there are currently no Food and Drug Administration-approved medications to treat methamphetamine addiction, behavioral therapy can be effective.

Here, we explore what you might come to expect when seeking addiction treatment programs.

As mentioned, there is not currently a specific addiction medicine when it comes to treating an addiction to meth. Instead, depending on how long your methamphetamine addiction has been, a medical professional may suggest tapering you off of the drug.

This involves coming off of the drug under medical supervision, while a medical professional treatment provider slowly brings your doses of meth down until you no longer experience any physical dependence on the drug.

While detoxing from meth at home is possible, we recommend that you go through detox under medical supervision at a rehab facility. This will ensure detox is safe, that withdrawal symptoms are minimized, and that it is successful.

Ridding your body of a drug and the withdrawal symptoms that accompany an addiction goes a long way in finding lasting recovery. There is, however, another element that is as much a part of recovery as detox is.

While detoxing from meth can clear your body of the drug and help you deal with crystal meth withdrawal symptoms, it is not the only way to help you stop using the drug. By undergoing behavioral therapy, you can provide yourself with the tools and skills you need to stop yourself from relapsing into your old habits.

Therapy can help you address behavioral health conditions that reinforce the cycle of addiction. Different forms of therapy include:

These are all designed to help you overcome your addiction once and for all.

Where Can I Get Treatment?

If you are seeking treatment that empowers individuals and a treatment provider that commits to breaking the stigma of addiction, then look no further than Ebb Tide.

Here, at Ebb Tide, you can rest assured that you will receive the best care available. Our compassionate licensed medical professionals provide a supportive and hope-filled space for you to find long-lasting recovery.

We are a treatment provider you can trust. We offer treatment options that are tailored to your individual needs, we can make sure that you are receiving the very best care possible.

Whether it is a meth addiction that you are suffering from or a separate substance abuse issue, Ebb Tide has the passion and experience to provide an effective treatment process.