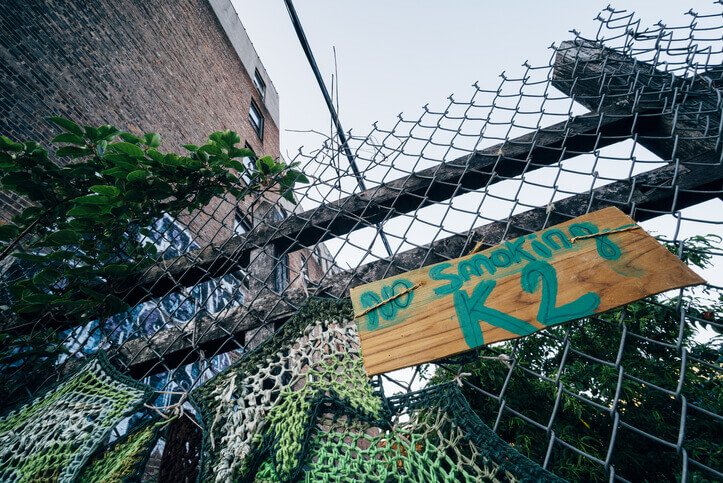 Synthetic Marijuana Use on the Rise

As the drive to legalize cannabis heats up, so has the synthetic marijuana trend. Trailing closely behind
plant-based marijuana, this synthetic copy-cat is recognized as the second most abused drug among
teens today.

Despite the Synthetic Drug Abuse Prevention Act that made it illegal in 2012 and warnings
to consumers of its innumerable health risks; the relentless demand for synthetic marijuana continues.

In a recent interview, Headland’s police chief Mark Jones expressed concerns about the drug’s growing
presence. “We are seeing a major rise in the use of synthetic marijuana and we&#39;re seeing it in large
quantities,&quot; Jones said. He also attributes the expanding use of this drug to the fact that dealers are
making it themselves and selling it on the streets.

According to a Miami Herald report and a Florida Department of Correction’s audit, synthetic marijuana
has become the top killer of inmates. In fact, thanks to the popularity of this fake marijuana, the past
two years have been the deadliest in Florida prison history.

According to the Drug Enforcement Administration (DEA), there are over 400 varieties of synthetic
marijuana. The key ingredient in these products is usually a chemical of unknown strength that is
sprayed on plant materials. Studies show these sprays are typically laced with deadly chemical agents
that can produce serious toxicities and addiction. Some tests of synthetic marijuana have revealed the
use of a cancer treatment drug and fertilizer among others.

People ingesting synthetic marijuana can experience extreme anxiety, heart failure, overdose and
psychotic effects like paranoia and hallucinations. Psychotic episodes from this drug have also been
known to influence criminal activity, attempted suicide and harm to others. Other medical problems
caused by synthetic marijuana include:

According to the Office of the National Drug Control Policy teens are using synthetic and plant-based
marijuana at an earlier age today. That makes it more likely that they will experience the long-lasting
effects that these substances can have on the developing brain. Recent data from poison control centers
across the nation also indicate a significant increase in phone calls related to the negative effects of
synthetic marijuana. Among these calls to poison centers, more than 11% of callers had life-threatening
signs or symptoms.

With such a high-risk potential, the escalating use of synthetic marijuana among teenagers heightens
the need for greater awareness, early detection, and treatment.

At Ebb Tide Treatment Centers, we believe alcoholics and addicts can and do recover. Recovering from
active addiction (Substance Abuse Disorder) does not have to be a long, painful process. With the help
of Ebb Tide’s caring and experienced staff, you and your loved ones will learn, and take proven steps
necessary to achieve success by maintaining lasting sobriety. The goal of Ebb Tide Treatment Centers is
to restore lives and families. With our help, you can regain control of your life from addiction and start
living happily again. Your new life is just a phone call away. Call us today at 561-508-8330 or visit our
website.